Home
/
About Us
/
Team
/
Michel Podtetenev 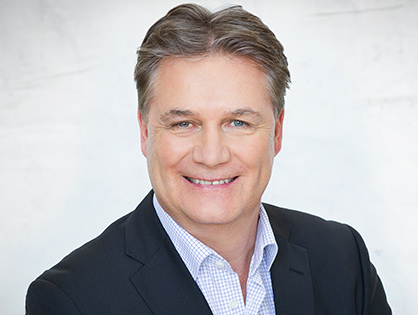 Dr. Michel Podtetenev has always been fascinated about ophthalmology. He obtained his Bachelor of Medicine from the Université de Montréal in 1979 and five years later completed his specialization in ophthalmology.

His curiosity quickly led him to take an interest in laser eye surgery, an innovation in Quebec at the time. In 1992, he co-founded the Clinique du Laser Visuel de Montréal at Hôpital Notre-Dame, the first in Quebec using the Excimer laser for the treatment of myopia. From then on, Dr. Podtetenev engraved his name as a pioneer of laser eye surgery in Montreal, as well as elsewhere in the province.

With unparalleled expertise, Dr. Podtetenev introduced LASIK in Quebec two years later. He was the first to master the technique. Revolutionary at the time, LASIK rapidly gained popularity and who better than himself to teach the technique to the future and current ophthalmologists. As a professor of the Department of Ophthalmology at the Université de Montréal, Dr. Podtetenev also became an international professor in LASIK.

Always at the forefront and with more than 25 years of experience in refractive surgery, he founded the FocusVision clinic in 2008, now known as Invisia in order to offer the most recent, accurate and safer laser eye surgery possible to his patients.

“I want my patients to have access to the best technology, the one I would use for myself if I were to need refractive surgery.”
– Dr. Podtetenev

In September 2015, Dr. Podtetenev distinguished himself as the first ophthalmologist in Quebec to perform ReLEx SMILE: a new minimally invasive laser treatment. The ReLEx SMILE redefines laser vision correction as we know it.